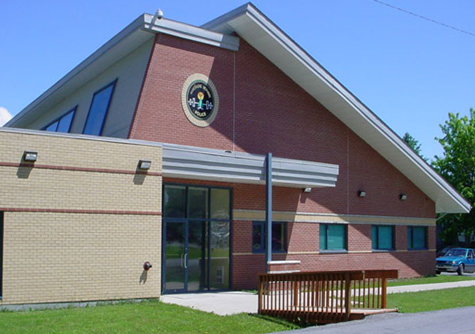 The Akwesasne Mohawk Police Service was formed in 1970.  The St.Regis Band Council passed a Resolution forming the St.Regis Akwesasne Police. The police headquarters was located in the village of St.Regis, Quebec.

The St.Regis Police started with a compliment of  approximately 12 officers in 1970-1971. The formation of the St.Regis Police  was created to provide policing needs for the community and to replace the Royal Canadian Mounted Police (RCMP).

In April of 1972 the  first Chief of Police was appointed for St. Regis Police. 12 officers along with 4 RCMP officers started working jointly in the Community of Akwesasne. The officers were appointed as peace officers within the Territory of Akwesasne by the RCMP.  This enabled the officers the ability to enforce Band Council By-laws and any Criminal Code offences.  The major community offences in the 1970’s included Mischief, Assault, Break and Enter, family problems, Harassment, Public Intoxication, Speeding, and Unwanted Person, etc.

In 1973 the Ontario Provincial Police (O.P.P.) accepted the Akwesasne  Police officers into their training facility in Toronto, Ontario. The Akwesasne Police Officers must attend the Ontario Police College and successfully pass the 12 week Policing program.

In 1980 the St.Regis Police  had a compliment of 12 officers, and became part of the First Nations Policing Program with the Ontario provincial Police.

In 2014 the Akwesasne Mohawk Police Service have a compliment of 32 officers, and a Joint Investigative Unit.

The design of the patch of the Akwesasne Mohawk Police refers to a number of different concepts.

The white squares are taken from the Hiawatha Belt, signifying different people united for Peace.

The tree signifies the Laws of those people and because the Tree (Pine) remains green all year, it shows that those laws will always be.

The white Roots shows that people from all directions may trace them to the Tree and take shelter under the Tree, so that they may have peace in their hearts and minds.

The Eagle at the top warns the people of approaching dangers.  He is the guardian of the Peace because he is a messenger of the Creator.  He shows that the Creator believes this Unity for Peace is good.  The Eagle has the responsibility of guarding this.

The role and responsibility of the Police is to ensure that the Laws of Peace and Justice prevail among human beings.